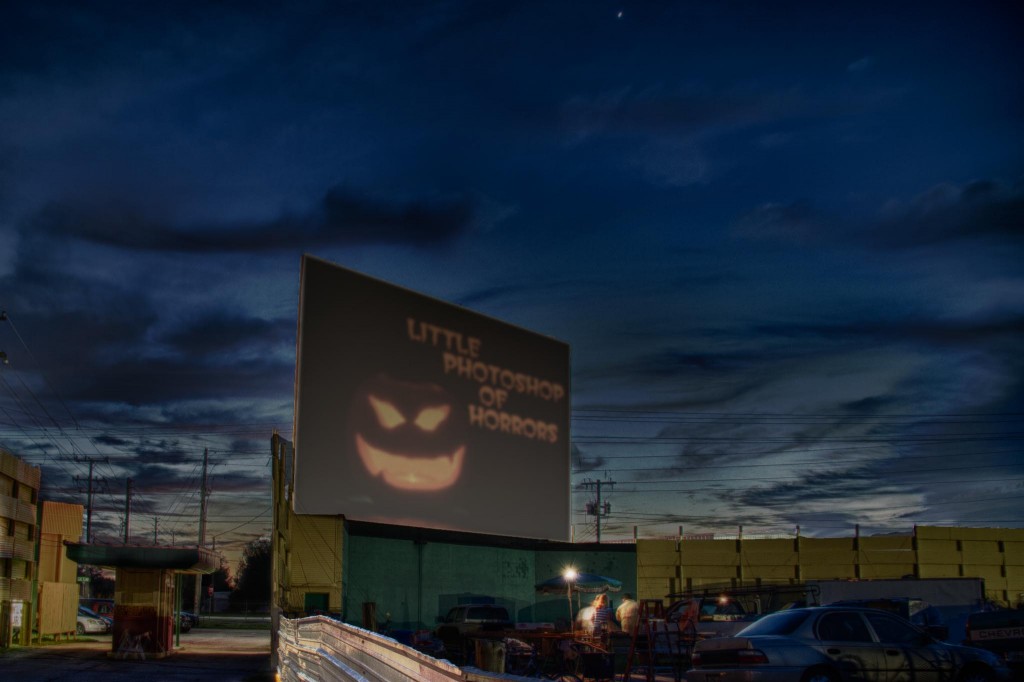 Yesterday early, +Michael White and I headed to what we thought was an abandoned drive-in theater for some blue-hour pre-dawn shots. What we found was a moderate sized crowd of people setting up for a flea market!

The blue hour sky was compelling, however, and we both managed to get some pretty interesting shots. My photo of the large screen framed against the coming sunrise seemed to be lacking, though. Given the people milling around in the viewing area, the blank screen wasn’t doing it for me. So, I added a late-night thriller to the screen! Now, the patrons might be thinking, “where’s that flashlight? Keep the windows rolled up!” 🙂