I’m talking about ducks, that is – the Redhead is a relatively common, medium sized duck that winters in many parts of the US. Today, Carol and I were driving to the beach (that’s right, in Florida in January you can do that, especially when the temperatures are in the 80s), and along the way, we found thousands of these ducks (with a few scattered other species intermingled) in a lake in Tierra Verde. 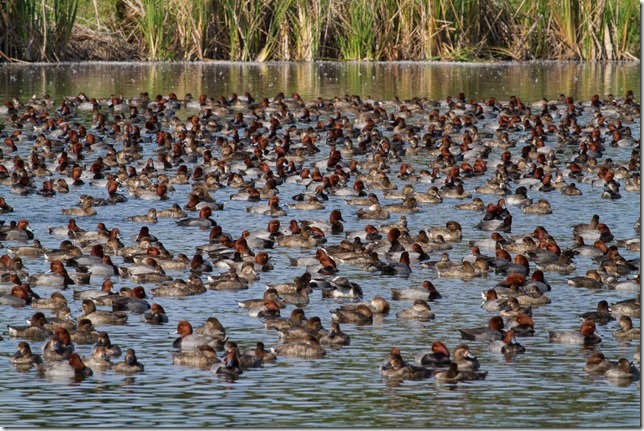 It was a rather large lake, several hundred yards long and about a hundred yards across. And, it was nearly filled with redheads! There were so many, it was hard to take it all in. What you see in the image above was the same across nearly the entire surface of the lake.

Here’s a view of a pair who obliged us by swimming much closer to the camera. 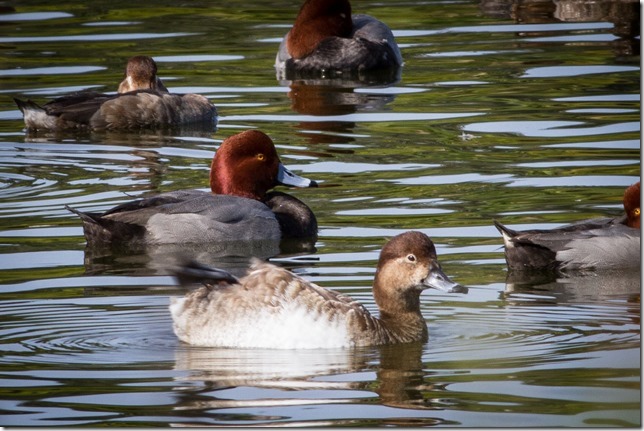 We could easily have driven right by and never even noticed this. But, I’m glad we did! It was a nice way to start a nice day at the beach!

This entry was posted in Birding, Photography and tagged Birds, Ducks, Redhead.